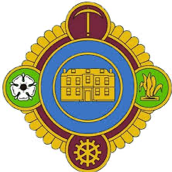 Grimethorpe Colliery Band (GCB) [England] is delighted to announce the appointment of Dr Jack Stamp as their  International Composer-in-Association working alongside Dr Nigel Clarke,
who will remain as Associate Composer to the band.

American composer and conductor Dr Jack Stamp is one of the most respected writers and educators working in the field of Brass and Winds in the United States of America and is a trained percussionist.


Dr Jack Stamp said:
“My introduction to British Brass Bands was over 30 years ago when I became the conductor of the Triangle British Brass Band in Raleigh, North Carolina.  What I discovered was a world of outstanding music with contributions from many of the greatest 20th century British composers. I am incredibly honoured to be named the “International Composer-in-Association” to the Grimethorpe Colliery Brass Band. I view this post as both artistic and as an ambassadorship. I look forward to the opportunity to musically promote this incredible ensemble and its dedicated history.”


Dr David Thornton Musical Director said:
“For me, part of the attraction of Grimethorpe is their constant passion to think outside the box and this includes having a curiosity for music and culture external to our own bubble. This began with Elgar Howarth in the 1970’s and continues today, lead by one of our creative partners Nigel Clarke. His initiative to introduce us to musicians like Jack Stamp are just what we need to expand our expressive outlook and continue to grow as an organisation. Jack has already spent time with the band and his infectious personality, creative mind and generous spirit made him a total hit with the players. We are delighted to welcome him to the family and look forward to collaborating on several performance projects in the near future.”

GCB Associate Composer Dr Nigel Clarke said:
“We are delighted to be able to welcome Jack to the Grimethorpe Colliery Band. I have known Jack for a number of years and have great respect for his artistry as a composer, conductor and lecturer. Jack’s wider musical experience beyond composing for brass band is well known and his appointment will create a progressive and dynamic collaboration with GCB which we believe will contribute to the Band’s artistic aims. We are already discussing with Jack his first composition project with the Band”.

Grimethorpe Colliery Band Principal Percussionist Rhianon Harding said:
“Grimethorpe Colliery Band has in the past worked with many major famous composers, such as Sir Harrison Birtwistle, Hans Werner Henze, Sir Peter Maxwell Davies, Sir Malcom Arnold, Sir Michael Tippett, Elgar Howarth. It will be great to expand our musical diet so we are really looking forward to working with Dr Stamp on his new compositions”.

Grimethorpe's diverse noted concert performances include those at the FIFA World Cup, BAFTA Awards, BBC Proms, Eurovision and London 2012 Olympic Games Opening Ceremony, together with a wealth of national and international television / radio appearances and professional recordings. The Band has been the recipient of two gold discs, as well as a BAFTA nomination for its contributions to the global hit movie “Brassed Off” for which Grimethorpe was the focal point.

“Tompkinson, Postlethwaite and Carter are stand-outs in an impressive ensemble cast, but for many, the brass band music of Grimethorpe comes as the real revelation” - Time Out

In addition to continuing to delight audiences across the globe, Grimethorpe also continues to invest in and support its local community in Grimethorpe, Barnsley and South Yorkshire, particularly through its youth music initiatives and community performances, both locally and on a national scale.
​
"Grimethorpe Colliery Band - the finest jewel in the world of brass bands, and a unique cultural asset"
- Sir Peter Maxwell Davies